Former U.S President to induct GN'R into the Rock Hall? 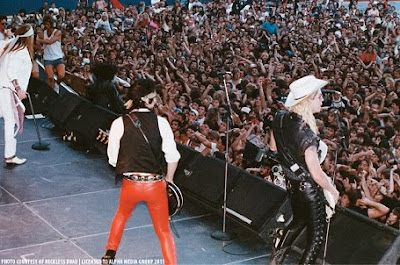 There's been a lot of speculation as to who will induct Guns N' Roses into the Rock & Roll Hall of Fame on April 14.

But -- in typical GN'R fashion -- no presenter for GN'R has been announced yet.

However, Craig Hlavaty at HoustonPress.com has an inspired idea, "someone who was just as integral to the '90s as the band's Use Your Illusion project. A man whose own decadence almost totally undid his own legacy..." [READ MORE]
posted 7:22 PM