Todd Kerns sings "Out Ta Get Me" 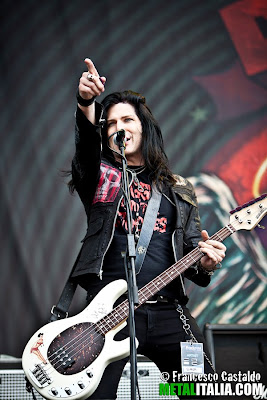 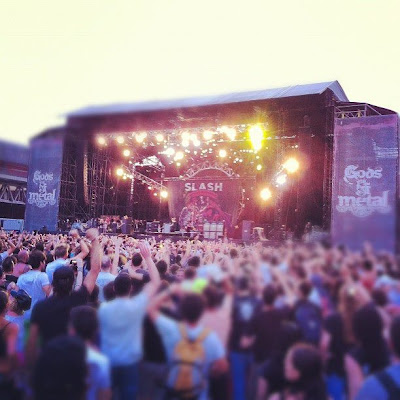 I just sang Out Ta Get Me by GNR w Slash and da boyz for the good people of Milan, Italy! Thank you for an amazing day at Gods Of Metal fest
Todd Kerns

Milan was a Fn' amazing crowd. But then it is always fantastic to play here. Can't wait to come back in Oct. iiii]; )'
Slash

Had a blast in Milan today. @todddammitkerns sang the GnR song "Out ta Get Me" - was killer! I love that we change up our set list daily!
Brent Fitz

I read un-confirmed rumors that Axl was at the festival yesterday and was able to witness this performance. As I said, unconfirmed.

Slash's final gig on this leg of the tour is tomorrow -- June 25 at Byblos International Festival, Byblos, Lebanon.

After that, the band returns to the States to perform a free, acoustic set on July 10 at the Hollywood Walk of Fame.

Two days later, they kick off the second US leg of this tour -- July 12 at Roseland Theatre in Portland, Oregon.