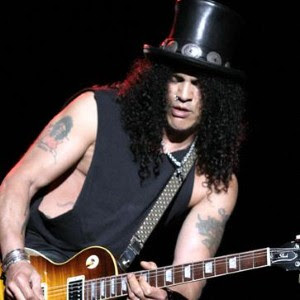 laterooms.com
Legendary guitarist Slash will play live at the Civic Arena in Milan later this month.

Slash – real name Saul Hudson – is frequently hailed as one of the world's greatest ever guitar players.

He rose to fame alongside singer Axl Rose in Guns N' Roses, performing his trademark solos on hits such as Sweet Child o' Mine, Paradise City and November Rain.

After leaving the band, he continued to write music and perform with his side project Slash's Snakepit, until the formation of rock supergroup Velvet Revolver in 2002.

Slash has since launched his solo career, with last year's eponymous LP featuring collaborations with the likes of Ozzy Osbourne, Iggy Pop and Kid Rock.

Fans planning to visit luxury hotels in Milan will find a range of options at LateRooms.com, which recommends the Hotel Berna Milan.

For more information on this event, visit http://slash.ultimate-guitar.com/
posted 8:19 AM