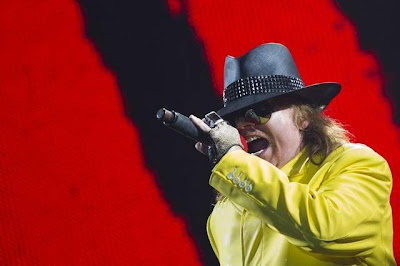 INDYSTAR.COM
Axl Rose has scheduled his first performance in his home state of Indiana since 1992.

Rose, however, is the lone remaining member from the band's best-known lineup.

The band's Use Your Illusion tour included two stops in 1991 at Verizon Wireless Center (known then as Deer Creek Music Center) and one stop in 1992 at the RCA Dome (known then as the Hoosier Dome).