Guns' European Tour May be Postponed 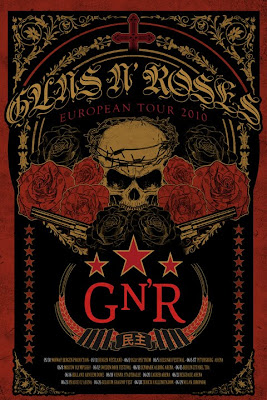 As the agency Beta was told today at the Belgrade Arena, the new date of the concert in the Serbian capital hasn't been specified yet, but it is likely to be 22, 23 or 24 September, depending on the band management's decisions.

Guns N' Roses concert at the Belgrade Arena was scheduled for June 22, but in the meantime rumors could be heard that the entire European tour will be postponed until September.

The Arena was also told that the concert in Zagreb will precede the one in Belgrade, as was originally planned.

GN'R is just too slow.

One new album in nearly twenty years just isn't good enough. Especially when you wait over a year to start touring it. Plus, the way they confirm tour dates is fucking pathetic.