Slash to Perform Live with Keri Kelli May 6 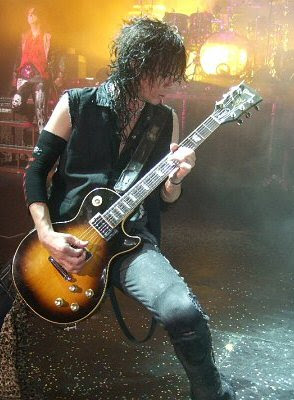 Slash wrote on his Twitter account, "I'm going to attempt to make 'Rock Week' on American Idol exactly that."

The show will air rehearsal footage with all four remaining contestants Tuesday, May 5, and Slash will perform live on Wednesday night!

Adam Lambert will sing "Welcome to the Jungle," by Guns N' Roses.

Allison Iraheta will sing "Livin' on a Prayer, by Bon Jovi.

Danny Gokey will sing "Under Pressure," by Queen/David Bowie.

I was under the impression that GN'R music was not allowed to be played on American Idol? I thought Axl was behind that.

Also, the 4 songs listed above are RUMORS.

Rumors from a reliable source, but still rumors.

does anyone jnow if GN'R songs were sung on AI?