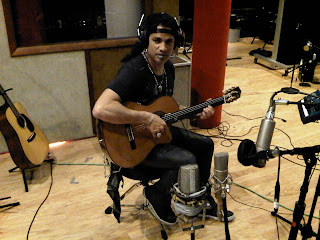 And with that prophetic voiceover setting the tone for the night, the show began.

Ryan Seacrest introduced Slash and Friends with the Idols, performing the Alice Cooper hit "School's Out."

Apparently, "School's Out" was the only live performance of the night, as Paula Abdul, No Doubt, and Daughtry's portions were pre-recorded and played back live before the studio audience.

According to Entertainment Weekly, Slash insisted on playing live, although the performance was truly nothing special. Slash did some pointless shredding and the Idols kind of screamed their way through the song. There was even a squall of feedback. Not a bad performance, but definitely not great.

After a quick interview with Ryan about his upcoming solo album, Slash promptly left the building, and went back to his studio to record some Flamenco for the new disc.


Paula Abdul was next, singing her awful new single, "I'm Just Here for the Music."

Wow. If there was an award for worst attempt at lip-syncing auto-tuned vocals, Ms. Abdul just won it.

No Doubt's pre-recorded performance was next. They played their 1995 hit "Just a Girl."

There was something really awkward about this performance. Gwen Stefani just looked sad. I love the lady, and I give her credit for running around the audience and doing push-ups on stage and just really TRYING to give a great performance, but I could see that she wasn't feeling it.

Her interview with Mr. Seacrest was even more uncomfortable. She couldn't give a straight answer to why No Doubt was reuniting, or whether or not they were going to record new music together. I got the sense that this "reunion" is nothing more than a 401(k) Tour.

Daughtry was next, and their appearance Idol was the most anticipated of the night. 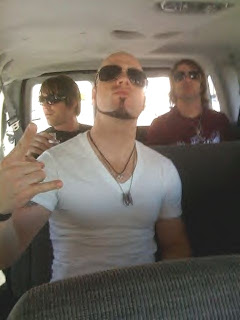 Daughtry's 2006 Debut (featuring Slash, Chis Chaney, and Josh Freese) is the fastest-selling debut album in Soundscan history and has been certified Quadruple Platinum. It reached #1 on the Billboard Hot 200 album chart, spawned 7 singles and sits at number 194 on the chart today after 127 weeks.

I thought it was cool that Chris Daughtry let one of his band mates do the talking during the interview, and I personally love the band's debut album, but I thought their performance was weak at best. I wish the band the best of luck on their new album, Leave This Town, but we all know it will probably never match the success of their debut (sound familiar?). 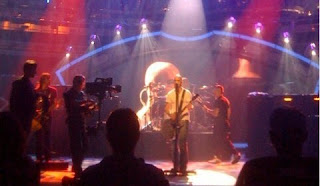 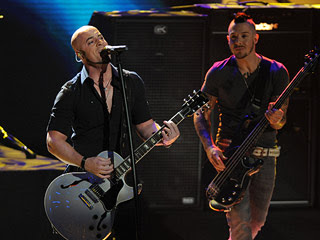 At the end of the show, rocker Allison Iraheta went home, and good for her.

She follows in the footsteps of Chris Daughtry who also made it as far as the Top 4.

She'll probably also have much more creative freedom in her career thanks to last night's vote.

The biggest disappointment of the night is that Idol didn't air Slash's Karaoke performance of the Leonard Cohen classic, "Hallelujah."

The video is embedded below.

Paula did the worst lip sync performance of the season; oh the irony...

Slash is selling himself rather cheaply these days.Really said!