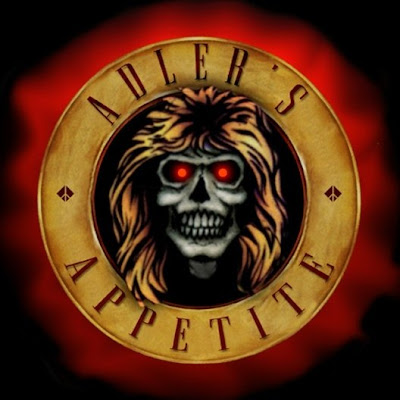 via Blabbermouth
Adler's Appetite has finished recording and mixing its new single, "Alive," with longtime friend and producer Anthony Focx (Vince Neil, Buckcherry). The group is planning on debuting the song live as part of its summer tour, which kicks off Friday, July 9 in Redondo Beach, California.

"We are really excited to be moving forward with original material," says guitarist Alex Grossi. "I think people are really going to like the direction we are going in."

Steven Adler will sign copies of his biography at Bookends in Ridgewood, New Jersey on Wednesday, July 28 at noon.