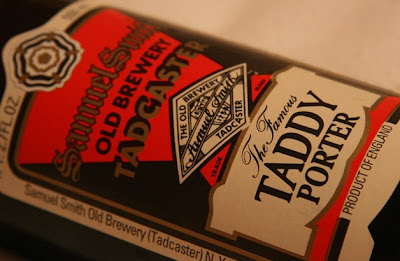 ARTISTdirect
Opening for legendary Guns N' Roses guitarist Slash is quite an honor and it is one that has befallen Stillwater, Oklahoma quartet Taddy Porter. The band has been confirmed as the opening act for the top-hatted one. The eight-date run will begin in Toronto on September 10, 2010 at Kool Haus.

Taddy Porter has been winning fans and garnering rave reviews across the country with their debut album and explosive live shows. Their debut album was released on June 29, 2010.

Taddy Porter's music has been heard everywhere lately, at Citi Field in New York where "Shake Me" is Mets pitcher Mike Pelfrey's at bat and warm up song and all over broadcast and cable. As a Phillies fan, I guess I can forgive them for being chosen as a rival's music… for now. Taddy Porter had two songs featured in the Entourage season premiere; the songs are "King Louie" and "Mean Bitch." Their songs have also appeared on Monday Night Football, ESPN's SportsCenter, ABC's Cougartown, and the WWE film Legendary. That means these guys have a terrific licensing person, who gets their music on film and TV!

See Taddy Porter on the road now playing select dates across the country with Slash. Dates are below.