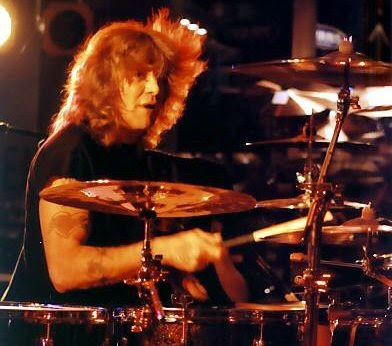 Adler’s Appetite, the band led by original Guns N' Roses drummer Steven Adler, will embark on the second leg of their 2009 US tour next month. Check out the band's upcoming tour dates below.

Last month, Steven told Beat Magazine that his autobiography will be out in late-January 2010.

"It’s almost completed, it should be out by late January of next year. Basically it takes Slash’s book, Nikki Sixx’s book and puts everything together as one. Because we were all together – we’ve known Nikki forever – so if you read his book and you read Slash’s book and when you read mine, everything, all the pieces of the puzzle will be put together. That’s how it works, and yeah, it’s very exciting."

In addition, Adler's Appetite is threatening to release a new record, hopefully next Fall.
posted 2:46 PM