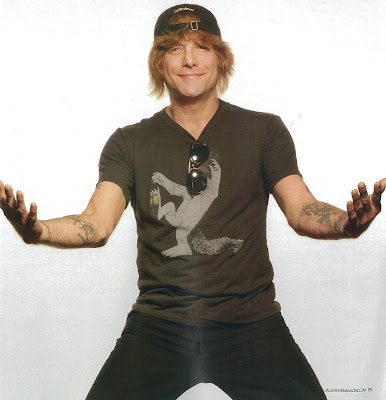 RockAAA.com
Adlers departure – beginning of the end for GN’R

Former Guns N' Roses manager Alan Niven has told Steven Adler to stop feeling sorry for himself, and playing the victim, insisting the band had no other option than to fire the then-drug addicted drummer.

Adler was booted out of the band in 1990 because of an alleged heroin addiction but ever since Adler has campaigned for a reunion and claimed his band mates turned their backs on him.

But Niven reveals that in addition to his substance abuse problems he was also having problems playing the band's new tracks leaving them with no option but to show him the door.
Niven explained:

"I agreed with the final exasperated decision (to fire Adler), with reluctance, because once you change the structure of the molecule that is the band it can become volatile and unstable.

And, from an emotional point of view, you don’t want to lose anyone along the way but we had tried all we could to help Steven win his battle with smack, but only he could win his war.

We tried to get him into the material but he just could not connect with Axl's longer piano based compositions.

There were constant complaints that Steven would not play the pieces consistently and it annoys me even today that Steven plays victim as he was given every chance over a long period of time.

What is more he had been paid composer royalties he did not earn as a courtesy – no one fucked him over but himself."

Niven does believe the departure of the drummer set the ball rolling on the ultimate destruction of the band of which none of the members’ subsequent projects – Axl's Chinese Democracy-era Guns N' Roses line-up or Velvet Revolver – have ever harnassed the magic they created as a quintet.

The crack appeared when Steven was fired and burst open when Izzy decided he had had enough. Izzy, was, to me, the heart of the soul of the band."

"You cannot crucify the dead" as mumbled by Ozzy...