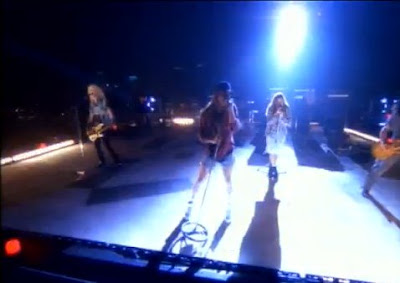 RockAAA.com
In the first of an exclusive three part interview with former Guns N' Roses manager Alan Niven, he disagrees with Slash about reunion but agrees with him on Axl.

Former Guns N' Roses manager Alan Niven has laughed off suggestions the original lineup will reunite for a special appearance at next year’s SuperBowl – but he has insisted they will eventually put their differences aside and return to the stage together.

And in keeping with tradition he says any reformation of the original five members of the group once dubbed the "most dangerous band in the world" would have to be a global event.

In a RockAAA exclusive he said, "forget it – the SuperBowl is an absurd circumstance. It would be better to do a pay per view and play a full set 'Live from Ground Zero' when the World Trade Centre rises up from the ashes.

That’s truly Phoenix like – resurrection and resilience expressed in a relevant circumstance – now that would be cool.

And if Axl started packing now he might make the stage on time.

My 25-year-old son saw them play with The Stones so figure out how old he was at the time. There is a whole generation who would love to see that reunion happen so that's reason enough.

For me, if they were to do it, I’d like to see them write and record something contemporary and relevant and magical.

I have never been a betting man, but if I were I would definitely bet on a reunion because the odds would be so good."

Niven managed Guns N' Roses for five years and oversaw the massive success of Appetite for Destruction as well as pre-production of GN'R Lies and the double Use Your Illusion releases before being infamously sacked by GN'R main man Axl Rose in 1991.

He admits he hasn’t spoken to Rose since, in a move he believes was engineered to allow the enigmatic singer to wrestle control of the Guns N' Roses name and rights from the rest of the band.

Niven added, "Axl called me in March of '91 and stated he could not work with me anymore. I had put the first headline dates up, Wembley had been sold out.

Merchandising and sub-publishing contracts had been re-negotiated. The re-negotiation with Geffen was underway. So with all that done he obviously felt I was now disposable and I would not stand in his way when he took control of the name and trade mark.

I suggested we meet in LA to have dinner and discuss matters. I was on the East Coast at the time he called. He said 'OK' and that was the last time we spoke.

Now I have heard a wild rumour that Axl has bought property in the mountain town I live in, so I have been wondering if we might not chance upon each other in an aisle of the local Fry’s supermarket 'clean up on aisle 13!'

It would only be good manners to offer a 'hello,' a handshake, and after all, we shared an amazing experience and that’s something I always respect and honor.

If he wanted to, I would share a coffee with him and I suspect we might find it interesting to compare notes as to what happened in '90-'91 – and why."

Want To Boost Your ClickBank Traffic And Commissions?