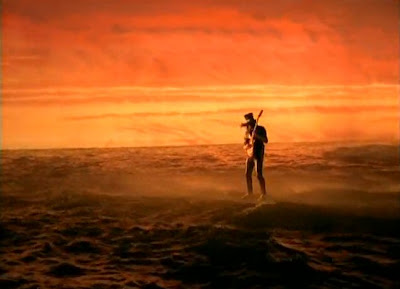 Ultimate Guitar
The devastation brought to Japan by the recent earthquake and ensuing tsunami has forced the legendary guitarist Slash to postpone several concert dates in the country.

Speaking via his Facebook page, Slash told fans "It's logistically not possible for us to do the Tokyo & Yokohama shows as scheduled. We will try to reschedule them asap."

The guitarist did, however, manage to play a show in Osaka, Japan on Monday. He wrote afterwards that the audience in attendance was in "great spirits, despite all that has happened."

Slash assured fans that he will make up the postponed shows, saying, "we're positively coming back soon to play Tokyo & Yokohama. In the meantime, lots of love to the Japanese fans. You will make it through these difficult times."

"It's one of the most surreal, unnerving events that has happened in recent years," Slash told Kerrang! "It's displaced so many people, not to mention claiming so many lives, and it's really tragic.

"I honestly feel that the Japanese are so fucking resilient that they'll get through it," he adds. "But God, what a painful experience for everybody."

Slash, who was on tour in Japan when the tsunami struck its Pacific coast on March 11, managed to play one of his scheduled dates in Osaka last March 14.

The 9.0 magnitude earthquake and massive tsunami that recently struck the Land of the Rising Sun have caused untold devastation, wiping out entire towns and leaving a death toll in the thousands.

Google has set up a Crisis Response Page if you’d like to find out how you can help the people of Japan.
posted 11:21 PM