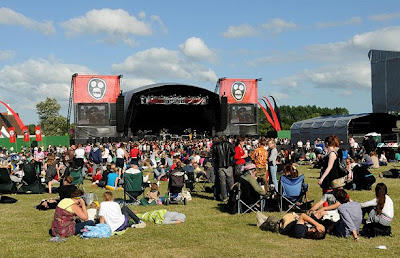 Virtual Festivals has in interview with Vince Power, the mafia don of the live music industry. In it, he discusses (among other things) his plans for next year's Hop Farm Music Festival.

Virtual Festivals: Have you got any bigger acts in mind for next year?

Vince Power: "I have. I’m going to do a second site next year as well, on the same weekend. I’ve got a site in mind in the North of England, around the centre of the Manchester/ Leeds area. I can’t tell you the names of the artists but if you think about who’s likely to be around next year you’ll get a fair idea." [VF’s tip is Guns N’ Roses]

Thanks to Appetite for Discussion for the find.
posted 8:18 AM

Not holding my breath for this.