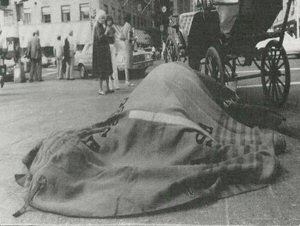 January 17
VH1's Sober House Premieres. Steven Adler shows up wasted, with syringes in his pants pockets, and a tin foil package full of heroin down his pants. Chaos ensues and he gets taken to the home of a staff member to spend the first night, both to protect himself and the other participants.

January 27
A mere 8 weeks after it's release, Chinese Democracy plummets to number 57 on Billboard's Hot 100 chart.

January 29
Former Guns N' Roses manager Alan Niven tells Classic Rock magazine that Axl fired him "to wrestle control of GN’R!" Of the new GN’R, Niven comments: “Y’know, everyone has the right to make the music they want to with whomever they wish. But just be up ’n’ up about it. All this ‘last man’ standing stuff from Axl is horseshit. He wore us all out. Drove us all off. And for a personality like Axl, solo work only makes sense. If he wants to be Elton Rose then more power to him. Go for it. Pull it off. He has the talent to do that. But don’t pretend that one person alone represents the idea of Guns N’ Roses."

February 6
Axl Rose breaks his silence and gives his first public interview in 9 years with Billboard magazine. He addresses rumors of an upcoming tour, "no plans, but there's talk. Management and our promoters are really excited with the offers coming in both here and worldwide." Axl mentions that they're "finalizing a video for 'Better' and writing a couple others now." On the subject of Slash, Axl had this to say "one of the two of us will die before a reunion and however sad, ugly or unfortunate anyone views it, it is how it is. Those decisions were made a long time ago and reiterated year after year by one man. Anyone putting his own personal entertainment above everything else is sickening."

Febraury 9
The third single from Chinese Democracy, "Street of Dreams," appears on eBay and YouTube. It is never played on the radio, seen in stores, acknowledged by the band or heard from again. Copies of the promo disc are fetching over $150 a piece on eBay.

February 23
Rumors of a European festival tour begin to trickle in. Organizers of Spain's Kobetasonik festival list Guns N' Roses as a headliner on the festival's web page. Other rumored dates include June 26 in Norway, August 1 at the Sonisphere Festival in Knebworth, England and June 12-14 at the Download Festival also in England. There are also reports of dates in Italy for the month of June.

February 27
Axl is interviewed by his longtime friend Del James. In the interview Axl says the he considers Slash "a cancer and better removed, avoided -- and the less anyone heard of him or his supporters, the better." In regard to a release date for the sequel to Chinese Democracy Axl says he has no idea and that he doesn't care.

March 4
Rolling Stone reports that Axl Rose intends to follow last November’s release of Chinese Democracy with a worldwide Guns N’ Roses stadium tour this summer. Guns’ manager, Irving Azoff, tells Rolling Stone that the band has big plans for this year. "We have some exciting things in the works this year for GN’R, I’m looking forward to it." Hits Daily Double reports that a co-headlining tour with Van Halen is in the works. Rumors suggest that Guns' set will feature a full orchestra and lavish stage show.

March 18
Bass Player magazine publishes an interview with Tommy Stinson where he mentions tour dates beginning in April. "I have a feeling it's going to happen, but I'm not holding my breath. It seems that every time that ball starts rolling, it rolls a bit Like a square wheel at first."

March 20
An update on Nomad Recording Studio's MySpace page reads "JT Longoria is the process of mixing new tracks for Izzy Stradlin" As of today (July 24), there is still no release date for this record.

April 17
Sick, the new album from Duff McKagan's Loaded, sells 1,400 copies in the United States its first week of release.

April 22
Guns N' Roses front-of-house engineer, Ken "Pooch" van Druten appears in a pair of videos discussing the band's Waves audio set-up for their upcoming tour. Pooch talks about the challenges of live mixing a 9-piece band. You can hear the musicians rehearsing "Sweet Child O' Mine" in the background. The videos are removed from YouTube in a matter of hours and the tour is called off several days later.

April 30
Matt Sorum tells Joe Bosso at MusicRadar that Velvet Revolver needs "a singer soon. We need the right guy in six months. We can't wait another year. Otherwise, it might not matter."

May 7
Slash appears as a mentor on American Idol's rock week.

May 19
Bumblefoot jams with Duff McKagan's Loaded at the Gramercy theater in New York City.

June 1
Slash announces that Izzy Stradlin will play with him on his upcoming solo album.

June 7
The NY Daily News reports that Axl Rose has fired and rehired his manager, Irving Azoff, at least three times in the last five weeks.

June 15
Amazon announces a June 30 release date for the Chinese Democracy guitar tablature book. As of today (July 24) it has not been released.

June 16
New, alternate artwork for the Chinese Democracy booklet appears online. An indie record store in Hollywood is selling copies of the promotional disc for $100. A rep at Universal told me that there are no plans to re-release the album.

July 7
Mister Saint Laurent resurfaces in an attempt to obtain and release a collection of hoarded, unheard songs from the Chinese Democracy sessions. He is, unfortunately, unsuccessful.

July 15
A live chat with new Guns N' Roses guitarist DJ Ashba fails to deliver any information on the group.

July 17
Slash tells Classic Rock magazine that Velvet Revolver is "at a standstill."

July 23
Kevin Cogill tells the GN'R Syndicate that Beta Lebeis' son Fernando lied to the FBI and was responsible for past leaks of GN'R material. "He may have been trying to play hero to redeem himself, or he may have mistakenly thought he was somehow responsible. I don’t know." 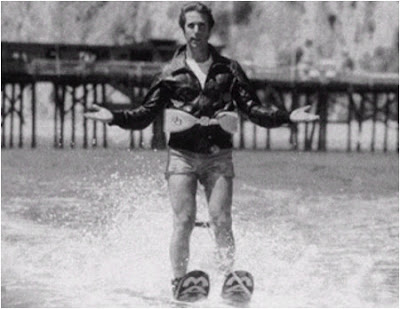 I'm afraid to admit GNR "jumped the shark" LONG AGO.

It is sad really. I would really like to know what happened in the last year. From all signs the record company released Democracy without Axl's blessing thus the lack of support by him. I think the tour was going to be with Van Halen but it just came out that Eddie had surgery on his hand which killed any of those plans. Eddie says it will take four months for him to recover so maybe after that? Who knows, never hold your breath when it comes to Axl but it is never his fault...

Well, as person, i feel happy for each and everyone of them. As a fan, i can only feel disappointed and sadened since they couldn't even respect the dream they were once willing to die for so it could survive.

So, here's the balance:
- no tour no re-release of Chinese Democracy;
- duff's on tour with a really cool band but ...musically uninteresting;
- slash is making the runedition of slash's snakepit and VR - same style, same poor lyrics, same lame composition process (only smoked screened by the invited musicians);
- izzy...being izzy...selling per song on itunes;
- adler...well, being adler and doing nothing.

All people happy and miserable in their one path (well, maybe minus izzy!)