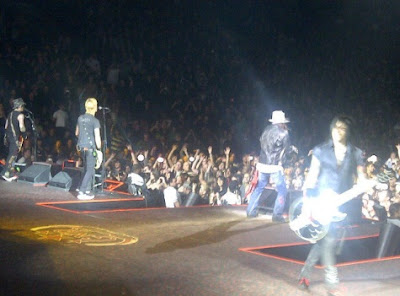 Last night, at the KeyArena in Seattle, former GN'R bassist Duff McKagan joined Axl Rose and the latest incarnation of Guns N' Roses on stage for a rendition of the 1991 smash hit "You Could Be Mine."

McKagan made worldwide headlines in October 2010 when he joined GN'R onstage for four songs at a concert in London, England, marking the first time he had shared a stage with Axl Rose in 17 years. 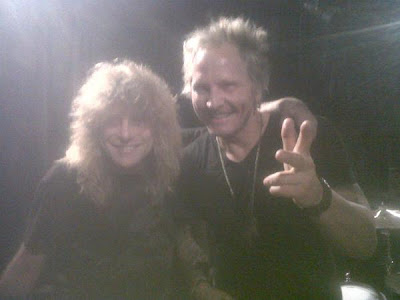 1000 miles to the South, on The Sunset Strip, Matt Sorum, Steven Adler and Gilby Clarke shared the stage of The Roxy playing as Camp Freddy.

Guns N' Rose will be inducted into the Rock And Roll Hall Of Fame next April in Cleveland, prompting speculation about whether the event could lead to a reunion of the band's original lineup.