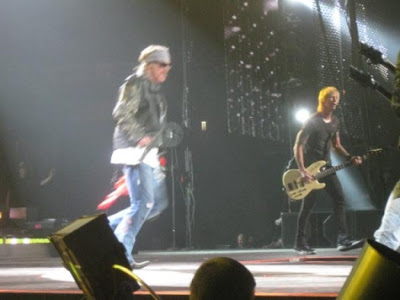 Duff McKagan joined the latest version of GN'R on stage last night (Saturday, December 17) at Pacific Coliseum in Vancouver, British Columbia, Canada to perform two GN'R classics from Use Your Illusion II: "You Could Be Mine" and "Civil War."

Duff also performed "You Could Be Mine" with GN'R on Friday at the Key Arena in Seattle.

Duff's band Loaded opened for GN'R at both the Seattle and Vancouver shows.