Matt Sorum On The Last Days Of Guns N' Roses 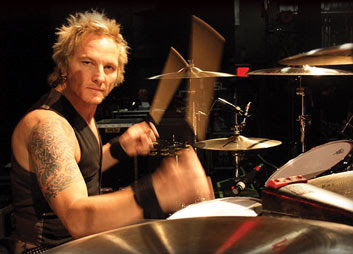 ultimate-guitar.com
Matt Sorum was interviewed last week on Sydney, Australia's Triple M radio station when he was in town for the Hard Rock Café opening down in Darling Harbour, a locality of the city center of Sydney.

When asked what the final straw was that broke up the creative partnership between GN'R lead singer and guitarist Slash, Matt said, "The very, very end of it was us trying to make this record [that became Chinese Democracy] that came out 15, 16, 17 years later. There was a certain style of music that… Axl was always trying to push the envelope. Even with Use Your Illusion I and II, we moved forward and people always go back to Appetite for Destruction. But if you look at Use Your Illusion, it was more of an epic kind of undertaking. Axl, in his mind, would want it to be this epic, stadium, worldwide-renowned supergroup, and he looked at bands like Queen and Led Zeppelin and The Rolling Stones as, sort of, the benchmark for that. So we created these opuses, these epic numbers like 'November Rain', to really, sort of, become this bigger thing. When we went into the next particular record, Axl really wanted to take it to another level, he wanted to experiment with electronics and stuff like that, and we were like, 'Oooh… Now we're getting into a little bit of a gray area.' He was really into Nine Inch Nails, and we were starting to get a little bit uncomfortable with the musical direction. And at that point, we had written a bunch of songs that were more like Appetite For Destruction — stripped down, raw rock and roll; we almost wanted to go back to our roots. But Axl was really pushing to go someplace else. [He] was so obsessed with where the music was going. And I remember it was [after] about four or five years of rehearsals, and Axl came in and said, 'I think we've got one good verse.' [Laughs] And we all looked at each other. And at that point, me and Slash had written a bunch of songs together, which became the first Slash's Snakepit album. Slash said, 'Matt, let's just go do a tour and make a record.' 'Cause Slash said, 'Axl doesn't like the songs.' So we made a record, we put it out, and Slash went on tour. And that was the straw that broke the camel's back.

He continued, "In retrospect, Slash was out doing a bunch of stuff. If the band would have stepped closer together, maybe we could have figured out what to do, but we were starting to divide; there were solo projects going on, me and Duff did Neurotic Outsiders. But we were all sort of frustrated; we couldn't get moving again. They had a bit of a blowout, and I was there, sitting right there on the couch, and I listened to them going through this whole shenanigans. And that was it. And it was over. It was horrible. And then after Slash left, I was in rehearsals — me and Duff were sticking around, trying to figure out how to do it — and I just said, 'We need to get Slash back,' and Axl said, 'No, I don't think so.' And at that point I was out. And then I went home and I drank heavily with this band called Candlebox who was living at my house at the time. I remember I came home, I stopped by a liquor store and I walked in and I said, 'Axl just fired me, and I think this time it's for real.' [Laughs] 'Cause he had fired me many times before, and he used to call me, too, and say it like this: [imitating Axl's screeching voice] 'You're fired' in that classic voice. It was awesome. I wish I had it on tape. It was killer. But he would call back and go, 'See you at rehearsal tomorrow?' [Laughs]"
posted 7:23 PM