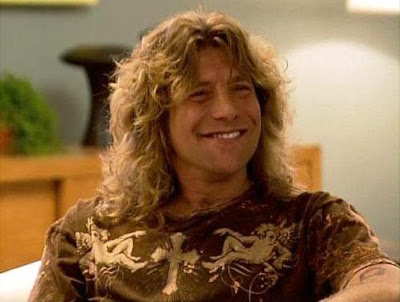 RockAAA.com
Taking Dawn frontman Chris Babbitt has revealed he was asked to throw Steven Adler out of a Guns N’ Roses concert by Axl Rose – but he says it was something he did with a heavy heart.

Babbitt was working as security at a GN'R show in his home city of Las Vegas a few years ago when he was ordered to turf original Guns drummer Adler out by the Rose.

Chris Babbitt says, “I like the new Guns N’ Roses. Their new record had a lot of good songs and some killer solos. People knocked that record just because it wasn’t the old Guns N’ Roses and I think it’s cool to knock Axl because he is such a dickhead.

But then plenty of people are dickheads. He is who he is and he doesn’t try and make excuses. I worked security at a show in Las Vegas at the Hard Rock Hotel where he had us kick out Steven Adler.

Adler had bought a ticket for the show but Axl picked him out of the crowd and came off stage saying I’m not playing unless you get that motherfucker out of here.

I was with the entourage that did it and a couple of us were asking if we really had to do it. Adler just said ‘Ok, that’s a shame. If he feels uncomfortable I don’t want to ruin his show. Can I get a refund?’ He didn’t put up a fight or talk any shit either and we gave him a refund without any problem.

I don’t get why he did it but that’s personal between them. We toured with Slash in the States and he was the best dude on the planet. He was so nice to us and he didn’t even have to talk to us.

Nicole Powers: When did you last see Axl?

Steven Adler: About three years ago in Las Vegas. He was doing a show there so I wanted to come and maybe, hopefully try to get to see him. So I went to the show. It was at the Hard Rock. I walk in and a hundred people realized I was there and came and wanted autographs. So Axl's manager, he comes over and says, "I don't want Axl to get upset. I think maybe you should leave." I said, "No problem. Tell Axl that I love him, and that I miss him, and that he looks great."

So I go back home, I'm opening my door and my phone's ringing. I answer and it's [Axl's manager]. He says, "Stevie, I'm so sorry. Come back. Axl wants to talk to you." So we hung out 'til six in the morning drinking a three thousand dollar bottle of tequila. We talked and we apologized, we made amends with each other. It was great. Nobody blamed anybody.
posted 1:17 PM