Matt Sorum on HOF: We'll all be sitting at the same table 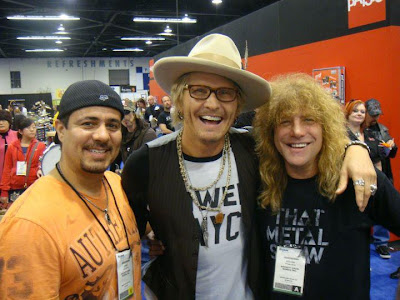 via Blabbermouth
Matt Sorum spoke to Billboard.com about the band's upcoming induction into the Rock And Roll Hall Of Fame.

"We're all sitting at the same table, so it should be cool," Sorum told Billboard.com. "After we get a little bit of food in us, hopefully someone will get up and want to play, but I don't know. I'm not the guy to ask. I just hope it works out."

Sorum, who joined the band in 1990 following the dismissal of Steven Adler, said that "there's no real plans" regarding a possible performance of the classic GN'R lineup at the induction but added that the uncertainty is "in tradition, GUNS N' ROSES style."

"I feel great about [being inducted]," he said. "I'm glad I made the cut. I don't know who that secret society is that votes you into the Rock And Roll Hall Of Fame, but I'm glad I have some friends in there, somehow. The original band got in and I got in and [keyboardist] Dizzy Reed and that's it, seven of us. It'll be a great night."

Sorum told Australia's The Vine in December he's hoping for the best but prepared for the worst when the band gets inducted into the Rock And Roll Hall Of Fame in April. Sorum said, "It's going to be as big of a train wreck as the Sex Pistols, Blondie, or any of those other bands. That's my prediction. Or Van Halen, which I don't know if you saw, but we [Velvet Revolver] were involved in that. Train wreck; it was a complete train wreck. But maybe it won't; maybe it will be a miracle; I hope for that and put out the positive vibrations."

Although singer Axl Rose was ambivalent in a VH1 interview about reuniting with his old GUNS bandmates at the induction, Sorum added that he's wary of making predictions about the big night. He explained, "It's better if I just go, 'I don't know shit.' Which is the absolute truth. They could be in a room right now . . . and I wouldn't be invited, you know what I'm saying?" 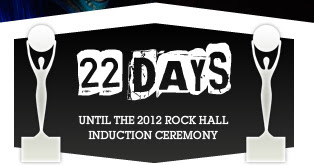