Buy a Cease and Desist From Axl Rose 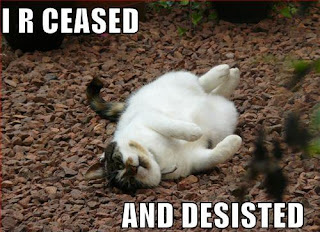 The following message was posted on the Download Festival Forums.
I found it via MyGNR:

I remember before Chinese Democracy came out the funniest thing about it was the random stories that came up.

My favourite was when The Zimmers (a novelty rock band of pensioners, lead singer 93-years old) joked in an interview that they were gonna call their album Chinese Democracy, because they'd probably be dead before Guns N' Roses released theirs.

Then crazy Axl "Corn" Rose actually had his management send out a Cease and Desist letter warning legal action against them if they used the album title.

The Zimmers backed down and called their album Lust For Life.

Now The Zimmers' manager Neil Reed is putting the Cease and Desist letter from Uncle Axl up for sale, with all proceeds going to help the aged.

For anyone who wants to bid before it goes up on ebay you can contact Neil Reed on his YouTube page.

wow, id love to own that but everybody has more money than me.whoever gets it should scan it and put it up on the gnr forums. the zimmers vs axl rose is the most random feud in rock ever lol