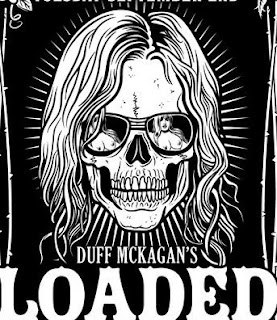 Nashville Cream: After a 7-year hiatus, what made you decide to resurrect Loaded?

Duff McKagan: Well, Loaded didnt plan on taking 7 years in between records! Velvet Revolver just kind of happened out of the blue. Loaded is NOT a side-project or part-time band. We are here to stay!

NC: After riding shotgun with Axl Rose and Scott Weiland, how does it feel to front your own band?

DM: Singing and fronting a band has been something I have done off and on since my early punk days in Seattle. I had a record in '93 called Believe in Me and then was in a band (Neurotic Outsiders) with Steve Jones from the [Sex] Pistols in '95.

NC: I see that you are a blogger for our sister paper, The Seattle Weekly. How did you get into writing? After having been written about for so many years, how does it feel to be on the other side?

DM: My newfound writing career for the Seattle Weekly and Playboy just kind of happened out of nowhere. It sure is a challenge having two deadlines a week and touring a record and having a family...there is never a dull moment for sure!

NC: You write a financial column for Playboy; what is your proposed solution to the economic crisis as it relates to print media?

DM: I dont really have a formulated economic recovery plan but instead read a lot of history and realize that all things are cyclical. Try Forgotten Man by Amity Shlaes.

NC: What have been your memorable experiences in Nashville?

DM: I have made some great friends in Nashville including Trey Bruce, Jeff Steele, James Otto, and Jon Rich. I had a great time a couple years ago getting onstage with the Mafia. Completely inspiring!

And lastly, Duff's message all you Cream readers: "Go out and get the Loaded Sick record. Rock is alive and well motherfuckers!"
posted 8:57 PM