Slash Schedules Next Album for Spring 2012 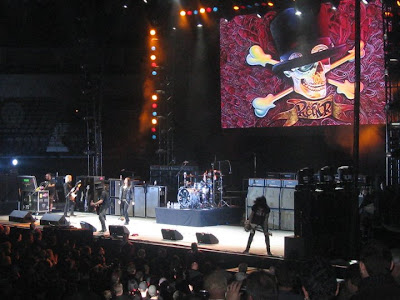 via Blabbermouth
In a recent interview with Planet Rock, legendary guitarist Slash revealed that his new solo album will be released next spring.

Another record has been talked about for some time but this is the first time that Slash has talked about the schedule for its release.

Speaking to Nicky Horne, he revealed, "Myles and I have been writing all throughout the tour so we've got a lot of material, and at this point we're probably gonna start a little bit of pre-production in June and then do the tour in July. In September we're going to [do more] pre-production and the album is slated to come out in March or April."

This past December, Slash was interviewed backstage at Melbourne's Soundwave Festival. He said the album with Myles will be recorded using the current touring band.
posted 7:03 AM