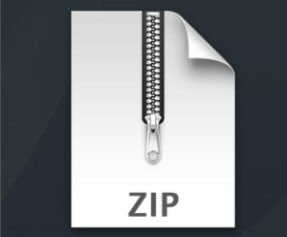 GN'R Syndicate
The Good, The Bad and the Ugly

The GN'R Syndicate: Were the authorities interested in where the songs came from, or just that you posted them online? What did they want to know? Did their actions (i.e. providing you with the tracks) result in any adverse consequences? How did they get the songs?

Skwerl: The authorities wanted to know who the source was, but I didn’t know. I had a story, but I didn’t necessarily believe it. We (and whenever I say “we”, I mean my legal team) had to conduct our own investigation to get to the bottom of all of it. This meant that we could question my leads & contacts privately, rather than having the FBI do it and cause a big crazy shit storm. I can’t get into details of who led us where, but we were able to protect my friends’ identities.

The GN'R Syndicate: I guess the biggie is: How did you come across these leaks? Was it somebody close to the band?

Skwerl: Ah, the big one. The one I won’t answer just yet. The decision not to talk about this is not an easy one for me to make, but I can say that it is my decision entirely. There’s no secret gag order, and I’m not involved in any sort of ongoing investigation. What I can also say is that we completed our investigation, and figured out exactly where the songs came from, and how they wound up in my hands. I could go public with this information, but for now, I’m saving it for a rainy day.

The GN'R Syndicate: Who initiated the prosecution? The band? The label? The government?

Skwerl: RIAA did the initial investigation, and packaged the case up for the government.

The GN'R Syndicate: The prosecutor wanted jail time, do you feel that this would have been appropriate in a case such as yours?

Skwerl: Well no, of course not. Do you?

Nah, but seriously, even the prosecutor conceded that it wasn’t necessarily appropriate for me on an individual level, but that doing so might deter others from committing more harmful cases of the crime. I knew ahead of time that was the situation I would probably be in. We had put up a great fight, but it would come down to whether or not the judge felt it was time to make an example out of someone. That’s a scary side of justice; sometimes what you deserve isn’t the only factor the court considers when deciding your fate. Luckily, the honorable judge Abrams is a fair dude.

The GN'R Syndicate: Do you feel that your actions sabotaged Guns N’ Roses or harmed them in anyway? The record label? The RIAA?

Skwerl: I don’t feel that my actions harmed the band or label in any way whatsoever. The finished version of Chinese Democracy went up for streaming in its entirety on Myspace before the album was released. The label paid money for this. They called it promotion.

The GN'R Syndicate: In many ways the RIAA appears to be both the dinosaur as well as comet hurling towards earth. Is dragging people into criminal court for this type of offense going to solve their problem? If not, then what would solve it in your opinion?

Skwerl: I’m going to reserve judgment on RIAA... for now.

The GN'R Syndicate: Do you regret what you have done? If so, were you able to convey your apologies to the band through legal counsel or other means?

Skwerl: I don’t regret what I did, but I won’t ever do it again. I’ll let someone else take the next one, and I’ll find another boat to rock. One that isn’t so illegal maybe. As I said the other day, my actions disrespected Axl’s right to control how his work is presented to the world. For that I humbly apologize. But that’s as far as it goes.

The GN'R Syndicate: Did anybody from the band ever contact you?

Skwerl: Nope. No one truly authorized to represent the band, besides Axl’s lawyer, who sent a cease & desist.

I’m sure you guys know about Beta’s kid Fernando. He was actually the first to call me, identifying himself as a member of the “Guns N’ Roses camp. ” Like I said, the songs were long gone, but he wanted to know if I was going to put them back up. I told him I would not. He asked where I got them, and I told them that I didn’t know the identity of my source. The cease and desist came via email shortly after.

Apparently the FBI questioned Fernando (before me), and he had given them a very different story. He told them that I said I got the tracks from a source at the record label, and he told them that the songs were still online when he called, suggesting that he had something to do with my taking them down. Initially we thought that he had something to do with the leaks (why else would he make so much shit up to the freaking FBI), but when we investigated, he was a dead end. He’s been responsible for past leaks, but not mine. So I don’t know. He may have been trying to play hero to redeem himself, or he may have mistakenly thought he was somehow responsible. I don’t know.

The GN'R Syndicate: There has always seemed to be a conflicting view in regards to these leaks. Few, if any, of the people I knew were strong enough to refrain from downloading them. On the other hand many of the fansites were vehemently against even discussing them (All while downloading for themselves or actively seeking them out). What kind of feedback were you getting in your mail box? Thanks? Fuck you?

Skwerl: Well that’s two-faced bullshit. If you’re running a fansite, you’ve gotta ask yourself who you’re doing it for. Are you doing it to get closer to the band? Or are you doing it to serve the fans? Johnny Firecloud [Antiquiet co-founder] and I ran a big fansite back in the day for A Perfect Circle. We pissed that band off so much, posting shit we weren’t supposed to, refusing to take said shit down until we got a substantial statement in return for the fans to chew on. But once you start censoring yourself, then you start becoming little more than an extension of the band’s cocktease “official ” site, only you’re not getting paid. You know what? No matter how close you may get to the band, you’re still going to be the fanboy (or girl)... unless you sell drugs too, I guess. The relationship you build with the fans is way more valuable in every single way. They’ll be there for you at the end of the day.

Sometimes you’ve gotta make real tough choices between the band’s wishes and the fans’ wishes, and I’m not saying the fans have to win every time. But sometimes you’ve gotta stand up for them, you know? You’ve gotta say, “Look, this shit is out there, I’m a journalist, it is my job to report this. Take me to court if you have to, but I’ve got rights. ” Or else I’ve gotta wonder why you still bother.

One thing that was really interesting to me was how the feedback I was getting would change with the weather; with each turning point in the story. Initially, everyone was like “Fuck yeah! Thanks! ” But when I did a couple interviews and the FBI got involved, haters came out of the woodwork, and then it was split evenly between “thanks” and “fuck you. ” It fluctuated at various points as the whole thing went up and down, but when someone reported the government’s recommendation that I do jail time, the needle swung so hard in my favor, it broke. It was more comments than ever before, and all but a few were “Fuck RIAA! Fuck the man! Free Skwerl! ” and that kinda shit.

I read the comments and emails and shit, but I never let any of it get to me. These people don’t know shit about me, so how can I take any of it personally? Besides, most of the people ranting about how I’m a scumbag piece of shit asshole don’t even have the story straight, and few of them know the first thing about how the record industry really works these days.

The GN'R Syndicate: So did you finally buy Chinese Democracy? What did you think?

Skwerl: Damn right I did. How could I not? I had been waiting for it longer than I’ve had hair on my balls.

For me the bottom line was that it was a great album, but it had just been cooking too long, plain and simple. When we think back to 2008, we might remember it as the year Chinese Democracy finally came out, but you’re not going to hear it playing during the flashback scenes in movies 20 years from now. It’s going to be fucking Katy Perry, or Linkin Park. Say what you want about their shitty albums, but at least they claimed their moment.

I still listen to it. There are some songs that I like even more now than I did when I wrote the review, like “Sorry. ” That’s a great song, it grew on me big time.

At least two people on my legal team purchased the album, which definitely wouldn’t have otherwise. I’m pretty sure they hated it.

This is only an excerpt from a massive interview, you can read the whole thing here.
posted 12:33 PM