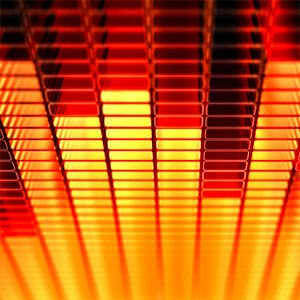 via Blabbermouth
The Los Angeles man who was sentenced to a year of probation (including two months of modified house arrest) for uploading pre-release Guns N' Roses tracks told MTV News that he was offended by the comments former GN'R guitarist Slash made about him. "A friend of mine conducted an interview with Slash last year in which he called me a thief and wished that I 'rot in jail,'" Kevin Cogill said. "I found that surprisingly crass, especially considering the guy has made no bones about shoplifting cassette tapes with the same rationale as today's downloaders. So if he wants to see me in jail, I'll see him in the cafeteria."

Cogill, a 28-year-old blogger known as "Skewrl", told MTV News that he carries a great deal of remorse for what he did, though he never intended any harm to Axl Rose — he was just a fan who was excited about a band he loved. "I've come to respect the artists' right to determine how their art is released," he said. "I do apologize to Axl for that disrespect. As a fan who had lost faith in all of the promises of release, I didn't see too many other options at the time. But in a fair world, it's not my place to judge, let alone act."

Cogill was arrested in August 2008. He was charged under a four-year-old federal anti-piracy law that makes it a felony to distribute a copyrighted work on computer networks before its release.

Assistant US attorney Craig Missakian, who pursued the case with the FBI and recording industry, said, "In the past, these may have been viewed as victimless crimes. But in reality, there's significant damage."

Cogill posted the songs at the Antiquiet web site, where they were available for public access. The site crashed from the amount of traffic it received once word of the leaked tracks got out. Cogill took them down again after he was contacted by representatives of GN'R.
posted 8:20 PM

while the fanbase is extremely grateful for the release of the 9 tracks, he could have done it without bringing attention to himself or his blog.

I don't think it was done entirely out of self-promotion, but if his ego hadn't got in the way, nothing would have happened.

Isn't it ironic? Slash is now the bad guy?!What?! do u think axl and slash feel differently about what u did?!...
they don't have many common denominators, but kevin...i believe the way they see you...you are it!