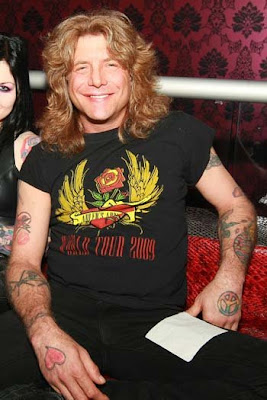 Steven Adler had a felony drug case against him dismissed on Monday after successfully completing a court-order drug program. The former Guns N' Roses drummer was in a Los Angeles Superior Court to hear the good news from Commissioner Donald Kennedy.

Adler, a graduate of Celebrity Rehab with Dr. Drew, had pled no contest to a felony drug possession charge in 2008. The dismissal was "about the best you can get," his attorney Barry Gerald Sands said.