The Most Ridiculous Overblown Albums of All Time 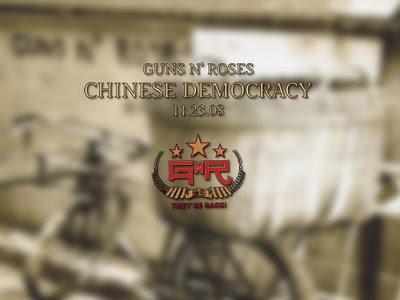 One Louder - Wild Beasts And The Importance Of Being OTT

"Oh untetherable bird of the blue! Oh unpluckable flower of the moon!"

That's not a line from the new Gallows record. It's the work of Hayden Thorpe, hooting and howling vocalist with Wild Beasts, whose second album Two Dancers has sent traffic to thesaurus.com through the roof as music journalists seek out synonyms for "grandiloquent".

There seems to be a taste for this sort of thing at the moment - a pervasive appetite for camp excess.

Florence And The Machine's Lungs picked up glowing reviews, despite being so over-produced as to make the "Ride Of The Valkyries" seem subtle. At Latitude last month the line-up was laden with artists – Of Montreal, Patrick Wolf – performing between-song masques while dressed in outfits that would have been regarded as "outre" by the denizens of Studio 54.

Musically, though, these artists can hardly be called over-the-top. Not when there are people like Axl Rose in the world. Rose famously burned through $20 million recording Guns N'Roses' Chinese Democracy, which Rolling Stone called a "great, audacious, unhinged and uncompromising hard-rock record", and absolutely everyone else called a load of rancid old dogwank.

A choir, strings, Mellotron, a bloke playing guitar inside a chicken-coop: Chinese Democracy had everything. Except tunes, and soul: two things no amount of money and time can guarantee.

Then again, who didn't have a sneaking respect for the sheer, insane ambition of it?

Everyone loves a grand folly. Rock would be a drabber place if it weren't for the nagging inner voice that makes a musician think: "Write a sprawling concept album based on the tale of Gawain And The Green Knight? Why yes, that's a fantastic idea."

Call it the Meat Loaf gene: the eternal, ill-advised desire to go one louder.

Something like this presumably gripped Suede's Brett Anderson while recording Dog Man Star and convinced him it would be a wise idea to augment "Still Life" - a song that started life as a beautifully understated acoustic ballad – with an 80-piece orchestra, and the kind of vocal hysterics that would make Celine Dion think: jeez, tone it down a bit, will you?

Again, you've got to admire the spirit, if not the end result. It takes a special kind of delusional maniac who, when in the studio overseeing the final mix, surveys the winking LEDs of a dangerously overloaded, 90-track, everything-in-the-red mixing desk, and solemnly tells the engineer: needs more alpenhorn.

By way of tribute to these lunatics, then, what are the most ridiculously overblown albums ever?

I actually wish that Chinese Democracy had been more overblown.

After such a long wait, and rumors of such a hefty price tag, I was a little disappointed.

Going through that many studio musicians, back up vocalists, time, I loved it.