According to Rolling Stone, the second annual Sunset Strip Music Festival will pay tribute this September to Ozzy Osbourne, for the impact he’s made on the legacy of West Hollywood’s Sunset Strip.

The three-day outdoor festival is scheduled for September 10-12, and a substantial portion of the Strip will be shut down to accommodate the event.

Osbourne first played the Strip in the fall of 1970, when Black Sabbath’s first US tour invaded the Whisky A Go-Go for a five-night stretch. There’s been no word yet on who will be performing during the festival, but a lineup is expected to be announced in the coming weeks.

"We are extremely excited to honor rock icon Ozzy Osbourne, and we are thrilled the City of West Hollywood once again supported the Sunset Strip Music Festival," says Todd Steadman, the Sunset Strip Music Festival’s executive director. "This year’s street closure will allow us to expand on the success of last year’s inaugural fest and accommodate more fans and festival-goers."

Of course, this summer, the Osbournes opted to forgo their annual Ozzfest trek, to permit the Ozzman to finish work on his forthcoming album, which has been tentatively set for a November release.

Last year, Slash appeared at the Strip Fest to honor Los Angeles’ rock history and recalled dressing in drag to sneak into the Rainbow on ladies’ night: "It was fun, until I found myself standing in the Rainbow in girls’ clothing by myself. It was a novel idea at the time." 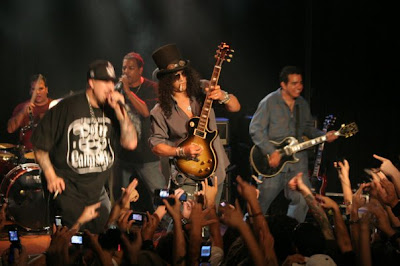