Guns N' Roses on the Way to Israel 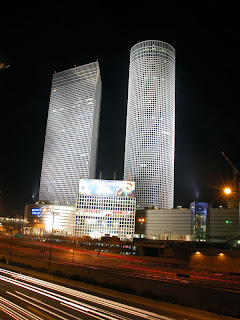 Axl Rose and Guns N' Roses will play in Israel, most likely on October 2, 2009, as part of the Chinese Democracy World Tour.

Chinese Democracy was one of the most successful albums in recent years, putting the names Axl Rose and Guns N' Roses back on the World Map.

The first and only time Guns N 'Roses played Israel was in July 1993 at the Park Hayarkon in Tel Aviv. That show has been considered since, one of the worst in the band's history.

It seems that it's time for Axl Rose and his new band to be given a chance to correct the impression that the old band gave the Israeli audience. (Mako)

Sorry for the awful translation. If anyone can do better, please let me know.
-Mack
posted 5:13 PM

I think im going there.
i live in israel so why not :P

Looks like the rumors of a "Love Tour" were ttrue.

Well, that's very unfortunate since for all intents and purposes Israel remains an apartheid state - and should be boycotted accordingly until they end their occupation of the Palestinian territories and their daily abuses of human rights. I really wish the band would reconsider, but then again, despite how well I think of him as an artist, I suppose Axl's never been the most politically aware bloke on the block.

Oooh.
Now we've got a discussion!

Thanks for your thoughts Omar.

"end their occupation of the Palestinian territories "

Maybe those Palestinian terrorists should stop sending bombs into Isreal...

Israel should be boycotted until it respects human rights and end their occupation and apartheid system. Someone said something about bombs sent into Israel. Israel kills many many times more people palestinians than the opposite. Even more when it comes to children. The largest guilt is on the oppressor that imprisons people and terrorise them daily. At least artists should boycott Israel since it denies Palestinian artist to travel abroad with their music, and artists to go to Palestine without posing as tourists.