The Genius that is Izzy Stradlin 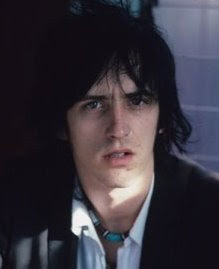 Q&A: Great White
It's been 20 years since Great White hit the pop charts with their scrappy reinvention of Ian Hunter's "Once Bitten, Twice Shy." But even now, it's probably the second thing most people think of when they hear the name Great White.

The first thing in most cases is the nightclub fire of 2003 that left 100 people dead in West Warwick, Rhode Island.

We spoke to keyboard player Michael Lardie, now a Queen Creek resident, about the breakthrough hit, the latest album, surviving the '80s and the show that will probably haunt them forever.

Question: How would you say the music on this latest album, Rising, compares with what you guys were doing in the '80s?

Answer: Some of the themes are a bit more mature. Jack Russell as a lyricist and singer really put his heart out there. In many ways, it was very cathartic for him. He was going through a pretty bad breakup. So he just kind of laid it out there. Sonically, it's almost got more of a '70s thing to it 'cause that's what we grew up on.

Q: I thought it was cool that a band so often lumped in with the Poisons of the world would cover Ian Hunter.

A: It was just an appropriate song for the time. We didn't plan it out that way. The funny story is that Jack was riding in a car with Izzy Stradlin and he goes "I want to play you something, dude. You won't believe it."

Our previous album had been called Once Bitten ..., so he pops in this tape, and Jack had never heard it before because it really wasn't a hit out on the West Coast.

It was just one of those things of hearing that and going "Yeah, we'll do that song and call the album Twice Shy." We had no idea it would get the legs it did.