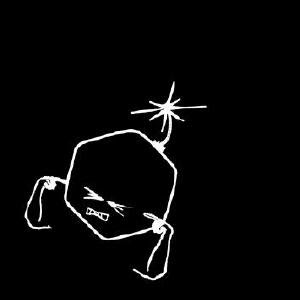 There's a "new" Bumblefoot interview in the current issue of Brazilian Guitar Player Magazine (with Joe Satriani on the cover).

It's pretty much the same Bumblefoot interview we've read several times before - but at least he's talking!

Delayed, expensive, polemic. Those are some of the most common words for Chinese Democracy, the so spoken of latest album from Guns N' Roses. Released at the end of 2008, it was the first studio record in 15 years and brought significant changes. Among other things, the band is really different from the time they had Slash. The band's hard rock added eletronic music elements and now has not only two, but three guitar players - the current ones are Ron "Bumblefoot" Thal, Richard Fortus and DJ Ashba.

Putting aside comparsions, Chinese Democracy is historic. Now you can read this exclusive interview with Bumblefoot, one of the five guitar players who recorded the album.

How do you join Guns N' Roses?

In 2004, Joe Satriani put me in contact with managers, producers and band members.

When did you record your parts for Chinese Democracy?

Before the North-American tour in 2006, in Los Angeles studios. After the tour, we finished in New York, in the begining of 2007.

What was your work?

When I joined the band, the songs were already written and recorded. I added my parts and some new stuff, like the fretless guitar in the title-track verses. We spent 10 hours or more a day in the studio. I recorded everything I brought, testing different ideas with the fretless guitar for rhythm and solos. At the end of each day, we heard the material and decided the final touches.

What was your gear in those recordings?

For the most part, I kept a simple setup: Gibson Les Paul plugged in a Marshall JCM800. Sometimes I used a wah-wah (Vox or Dunlop) or distortion (Boss Blues Driver). I used a lot of the fretless guitar Vigier Surfreter.

Your tone mixes rawness with some blues.

Yeah, it's a classic rock very simple, which creates a good contrast and balance with the other guitar tones in the album. We tried some amps and also different guitars and pickups setups for each song. We tried everything and we chose the best tones. Credit goes to the sound engineer guys and producers, they were amazing.

Are there songs for two more albums besides Chinese Democracy? Are you making some kind of trilogy?

I wouldn't expect a trilogy because I learned that each album gets its own life and it doesn't matter if we want to plan this kind of thing. It doesn't always work. The songs on Chinese Democracy were not all of what we recorded. There's more and we expect to use it on the next albums.

Which of the old songs do you like to play live?

Some because of its energy and groove, like "My Michelle" and "It's So Easy," others for the solos, like "Nightrain" and "November Rain," besides the ones the crowd loves like "Welcome to the Jungle" and "Paradise City."

Do you keep the original line or come up with something new in the old songs solos?

In some I keep faithful to the original because there is solos that are more than just solos. They are an important melody and gives an identity to the song. To change it would be like changing the lyrics. This is the case in "November Rain" ending solo. But in songs like "Nightrain" and "Paradise City" I can jam something different every night, playing with my inspiration.

How do you, Fortus and DJ share the guitar parts?

In a general way, I do the most crazy stuff, DJ gets the melodic parts and Fortus plays something in the middle of all this. It's a good way of keep our identity in this wall of guitars. We do something like that in the rhythm, when I play the low tonic of the chords and riffs with the bass. Fortus fills up the rest of the chords while DJ puts something on top of that. This is the general idea, but it all depends on what sound better for each song. We're getting along well and working a lot on our guitar sounds. We tried different instruments and heads. We're polishing the sound that the crowd will hear, which is very important. After all, whats the use of getting a great guitar tone on stage if the sound that makes to the crowd is bad? Everyone, band and staff, worked hard to make sure that the sound that people hear will be the best.

Is there a solo on the new album that could be as classic as Sweet Child O' Mine?

Oh, I don't know! The current band and the old one sound different. It's hard to say. I'm more of a fan of the song as a whole than the solos. To me, "Sorry" and "This I Love" stand out from the others in a general way. "Better" could also be the song of this album. It starts with a remarkable riff. It has a cool sound.

Are you inspired by any of the Guns N' Roses ex-guitarists?

I try not to be. Not to be direspectful, but because I want everything to be authentic, untied and without any influence in relation to how a particular guitar player would play. Otherwise I wouldn't be truthful to myself. Integrity is everything in life. I've already met Gilby Clarke a few times and Izzy Stradlin was with us in the 2006 tour. They are both great guys. If it was to be inspired by them, it would be in a personal level in a way I could play with integrity and still be myself.

How is to work with Axl Rose?

Axl has a vision of work in which I believe. Part of it is to let your bandmates be themselves, creativity-wise and letting them do what they have in mind. It's great!

From the things we hear and read about Axl, what is not true?

Almost everything. [laughs] Don't believe in half of what you read and doubt the other half. People don't want the truth, but instead they want to be entertained. They believe and repeat whatever story is entertaining, even if it trashes a person's name. Don't believe it unless you have seen it with your own eyes.

Thanks to Voodoochild at HTGTH.
posted 7:28 AM

Thanks to faldor for the find.