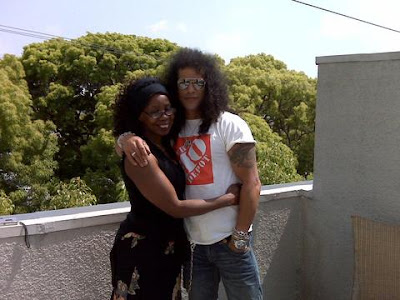 Via his Twitter account, Slash posted a recent picture of himself and his mother Ola Hudson. Great shirt Slash, and thanks for being so open with your fans during such a difficult time.

Slash is scheduled to play Norway's Quart Fest on June 30. 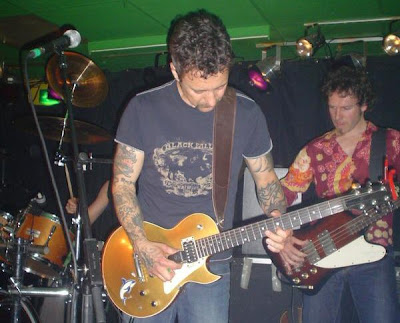 Canadian guitarist and vocalist Rob Lamothe just the posted MP3s of his Velvet Revolver audition on his official site.

I think he has a pretty cool voice.

Meanwhile, former Velvet Revolver vocalist Scott Weiland recently told ARTISTdirect that Stone Temple Pilots has "18 songs written, and vocals are written on about 10 of them."

Former Velvet Revolver bass player Duff McKagan was interviewed on June 10 at the Caribana festival in Switzerland. The interview focused mainly on Duff's new disc with his band Loaded. According to Duff, "it's a straight-up Rock 'n' Roll record."

Next week I'll be publishing my belated review of the album - Sick.

An extended video of Adler's Appetite playing this past Monday night at the SoDo nightclub in Colorado Springs, is embedded below.

Finally, thanks to the kind folks at ChopAway.com, I was able to put together this video slideshow of Izzy Stradlin performing "Battleship Chains" live. I'm guessing that the recording is from his 2000 European tour. Thanks for the audio guys. Enjoy.

the Izzy song is great but those songs by the VR guy are painful.