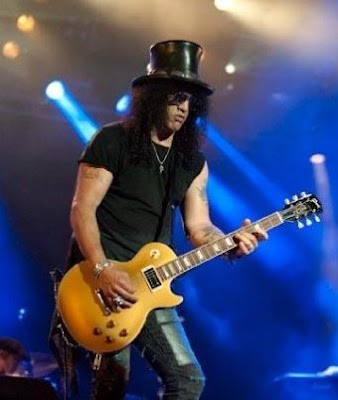 Idolator
The 52nd Annual Grammy Awards airs on this Sunday at 8 p.m. ET/PT on CBS, and we’ll be liveblogging the whole bash. Fill up your cup—drank!—and join us for the festivities. Just so you’re not tuning into the Grammys unprepared, we pulled together this handy guide to Sunday’s awards fest, based on everything we know (and think we know) about the performers and presentations. Take the jump and be prepared for music’s biggest night:

Lady Gaga will open the show, possibly with Elton John, which will undoubtedly result in the fiercest fashion show-off in Grammy history.

Carrie Underwood, Jennifer Hudson, Smokey Robinson, Celine Dion and Usher will sing a tribute to Michael Jackson, and This Is It’s “Earth Song” short film will be screened in its entirety in 3D. With any luck, it will also star a CGI’d Michael as a Na’vi straight out of Avatar.

Green Day will perform “21 Guns” with the Broadway-bound cast of American Idiot. The cast of Cats will then storm the stage and say “Sorry, Green day, Imma let you finish, but ABBA had one of the best jukebox musicals of all time.” (No, that joke will never die until it is used in every hypothetical scenario.)

Drake, Eminem, Lil Wayne and Travis Barker will perform together, most likely the remix of “Forever.” Unfortunately, none of these male artists are nine months pregnant, so last year’s all-star “Swagga Like Us” (with a M.I.A. performing on her due date) cannot be topped.

Bon Jovi will perform one of three hits, depending on which song fans vote for. Whatever they choose to play, we’ll be humming “You Give Love a Bad Name” to ourselves.

Somebody awkwardly asking Rihanna “So, why weren’t you here last year? Car trouble?” before immediately feeling like an ass.

Mary J. Blige and Andrea Bocelli will perform “Bridge Over Troubled Water” to support the victims of the Haiti earthquake. Because somebody already came up with the genius idea to sell leggings.

A tribute to guitar legend Les Paul with Jeff Beck and Imelda May. Maybe it will inspire kids watching at home to stop playing Guitar Hero and actually pick up a damn instrument.

Jamie Foxx will perform with T-Pain, Slash and Doug E. Fresh. And they will all be upstaged by a giant 12-foot vocoder taking over lead vocals.

Additional performances by Beyoncé, Pink, Taylor Swift, The Black Eyed Peas, Dave Matthews Band, and Roberta Flack. But with “Pants on the Ground” supposedly kicking off the show from the red carpet, there’s nowhere to go but down.
posted 7:27 AM