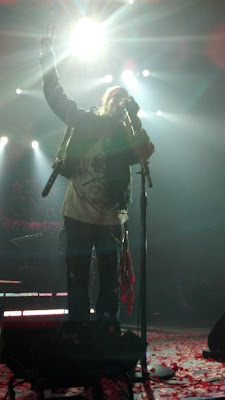 via Blabbermouth
Seminal rock icons Guns N' Roses are set to invade New York during fashion week with a series of intimate shows then continue with additional stops through the northeast, announced today. Six shows confirmed so far including the historic return to The Ritz (now Webster Hall), 24 years after the filming of their heralded "Live At The Ritz" — the MTV concert continues to be one of the most sought after trades in bootleg circles. For the Webster Hall date, GN'R will celebrate their return by reclaiming the venue as The Ritz with signage and the name appearing on the marquee. The New York takeover in February marks the first time the band will appear at Roseland and Terminal 5, beginning on February 10, 2012. Full list of dates below.

It's only an historic return if it's the same 5 guys that played there the first time... otherwise, it's just another GN'R show...